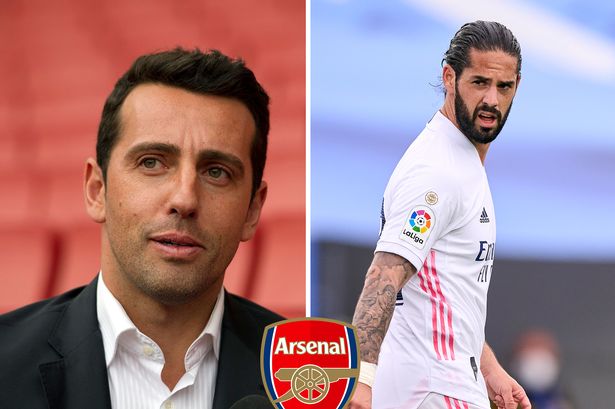 Isco, who spent nine years on the fringes at Real Madrid and won five UEFA Champions League titles alongside other accolades, joined the Andalusian club in the summer of 2022. His return to his hometown did not go as expected and on Wednesday, Isco and Sevilla mutually terminated their contract.

However, it looks like the 30-year-old midfielder will not be without a club for long as Arsenal have now been reported to be interested in taking him to the Emirates in January.

The former Malaga man has been targeted by the Gunners for years and now as a free agent, they stand a better chance of adding him to their ranks.

Isco has not been at his best for a while but Arsenal manager Mikel Arteta, who is in desperate need of midfield reinforcements, is reported to be confident of getting his compatriot back to his best.

As per Spanish outlet Fichajes, Arsenal will have to battle Wolverhampton Wanderers and Juventus for his signature.

A move to the Premier League could interest Isco, who has spent all of his career in Spain since his breakout season at Valencia over a decade ago. Should Arsenal sign him, they will be giving up their pursuit of Youri Tielemans and Danilo, both of whom have been touted as the key targets for their midfield’s reinforcement.

Arsenal could end the window with at least three new signings if they choose to be as proactive as they have been in the past two seasons. However, Isco is past his prime and no longer the player he is a couple of seasons ago.

Mykhaylo Mudryk from Shakhtar Donetsk is the club’s key target and the likeliest transfer among all touted players. Should they sign Isco or Felix, Arteta would have the team to keep their spot at the top of the Premier League table.

They will be back in action against West Ham United on Boxing Day as they look to extend their five-point lead at the top of the table.