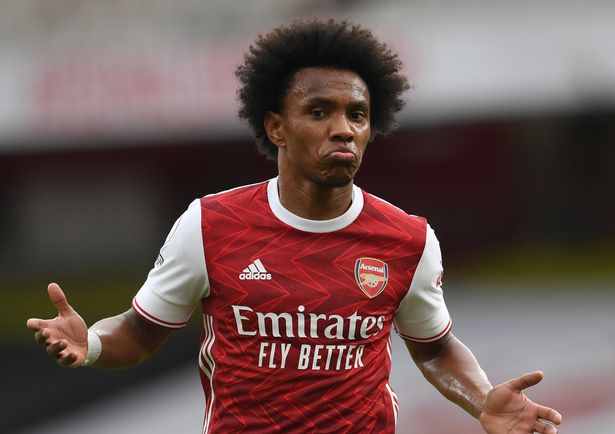 Arsenal will be keeping an eye on all of their biggest stars over the international break as they line up for their countries in a last chance to impress ahead of November’s World Cup, whilst also looking to avoid any injuries to hamper their season’s.

But while that is happening, former winger Willian has opened up on the reasons behind his early exit following a contract termination in 2021. Elsewhere, Mikel Arteta has been praised for getting rid of an ‘old Arsenal ’ habit, while Roman Abramovich failed in a takeover of the club after being told they were ‘not for sale’.

Willian opens up on Arsenal struggles

Willian has suggested that he ripped up his Arsenal contract because he did not feel “motivated” and was struggling to play in front of an empty stadium.

The Brazilian winger signed for the Gunners in 2020 following a successful seven-year spell with Chelsea. He was handed a lucrative three-year contract upon arriving at the Emirates Stadium but things didn’t pan out as expected for the two-time Premier League winner.

In 37 appearances for Arsenal in his one and only campaign in North London, he scored just one goal but did manage to provide seven assists in all competitions. Despite having two years left to run on his contract, Willian made the decision to depart the club via a mutual agreement and then returned to Brazil with Corinthians.

Former Premier League goalkeeper Ben Foster has praised Arteta for the way he has managed to eradicate the “Old Arsenal ” mentality at the Emirates Stadium following their excellent start to the season.

The Gunners sit top of the league having won six out of their opening seven matches of the campaign and have gone into the current international break in excellent health having dismissed Brentford 3-0 last time out – a match they actually lost last season on the opening day of the campaign.

Foster has hailed Arteta for the new-found mentality that he appears to have established in North London, and speaking of that victory over Brentford on Sunday, he told The Football Fallout : “Old Arsenal lose that game you know. Old Arsenal would have buckled there and this is what I think.”