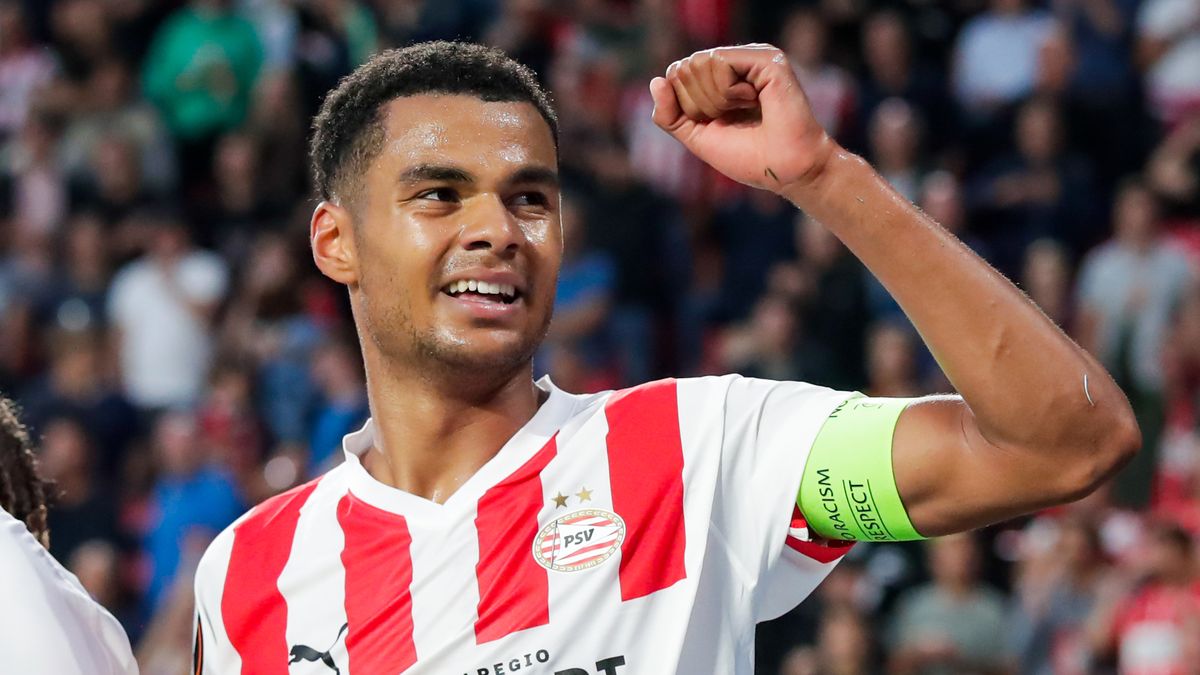 The French defender has impressed in his debut campaign for the Gunners and is reportedly in discussion on extending his current deal in north London as he gives a big hint on his future.

Arsenal fans will have to wait patiently for their side to return to action as we enter the international break, but there could be plenty going on behind the scenes to provide plenty of optimism in the meantime.

Recent reports have revealed that the Gunners are keen to extend William Saliba’s contract following his impressive start to the campaign, and the Frenchman has since dropped a huge hint over his future. Elsewhere, summer transfer target Cody Gakpo has reached a transfer agreement with PSV Eindhoven, while Aaron Ramsey opens up on his Arsenal exit.

Arsenal defender Saliba has dropped a huge hint over his future following reports that the Gunners have opened talks to extend his current deal at the Emirates Stadium.

The 21-year-old has finally been given his chance to impress in north London after signing from Saint-Etienne in 2019 for £27million, before spending the last three campaigns out on loan in France and winning the Ligue 1 Young Player of the Year award last term, and the Frenchman has given his own verdict on his current situation after helping the Gunners to the top of the table.

Speaking to Sky Sports , the Frenchman admitted that London is his ‘home’ and ‘likes’ Arsenal. “Yes, for sure,” he said, when asked if he feels at home. “I’m at home here. I like London, I like the club, I like everything. I feel at home here.”

Manchester United and Arsenal have been boosted in their interest in Gakpo after learning he has an agreement in place to leave PSV if their asking price is met.

The Dutch club fended off other clubs to keep hold of their star man in the summer but are already preparing for the new wave of potential suitors when the January transfer window opens, with PSV director of football Marcel Brands conceding the club may be forced to sell if any clubs return with an improved offer.

Speaking to Voetbal International, the former Everton chief admitted: “We did state that if there were certain offers, we would have to sell. Not only from a financial point of view, but also because agreements were made with the Gakpo camp before my time.”

Former Arsenal star Ramsey has opened up on his departure from the Gunners, admitting he still does not know how he was allowed to leave on a free transfer.

In a fresh revelation, Ramsey has confirmed he was offered a contract by Arsenal, but the contract was withdrawn before he could put pen to paper, with Juve going on to table wages of £400,000 per week to bring him to Turin. He told The Times : “As the season was going on, I was playing more and playing really well.

“Then January came and I had to make a decision whether I carried on and saw what happened or whether I agreed somewhere. I decided to do that [move] because there was nothing on the table [from Arsenal]. There was a lot of change with the manager coming. I don’t understand, I still don’t know what exactly happened.”