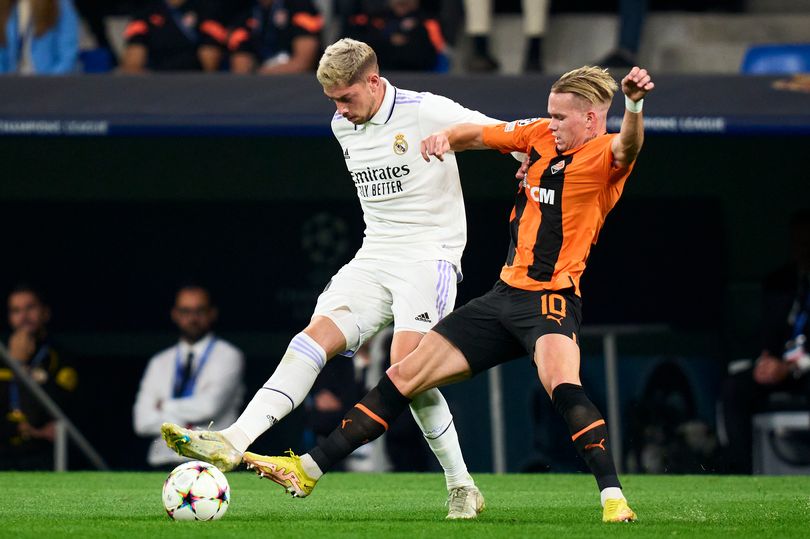 According to Defensa Central, via Football 365, Arsenal scouts watched Real Madrid vs Shakhtar Donetsk to see Mykhaylo Mudryk in action but returned to London ‘hallucinating’ over Federico Valverde’s performance.

Whether the Gunners decide to move for either star remains to be seen.

Arsenal held on to secure all three points and returned to the top of the Premier League after being temporarily displaced by Manchester City. Shortly after proceedings, Klopp congratulated Mikel Arteta for his side’s relentless performance. Speaking in his post-match press conference, Arteta said: “He said congratulations. We shook hands and we move on. We don’t normally have time to discuss.”

The Wenger record Arteta could break

Interestingly, the last club to start a Premier League season with eight wins from their first nine games and not win the title were Arsenal back in 2007-08. That means Arteta’s team have the chance to break an unfortunate record held by one of Arsene Wenger’s squads.

Whilst many consider City to be favourites for the title, Gunners fans are desperate to become champions of England once more having not won the competition since 2004. They may have to wait until a proper title charge is feasible, but Arteta has got his side believing they can win every game. Let’s wait to see what happens in the coming months.

ALSO READ:  Arsenal in danger to miss out signing of Premier League No.8 midfielder