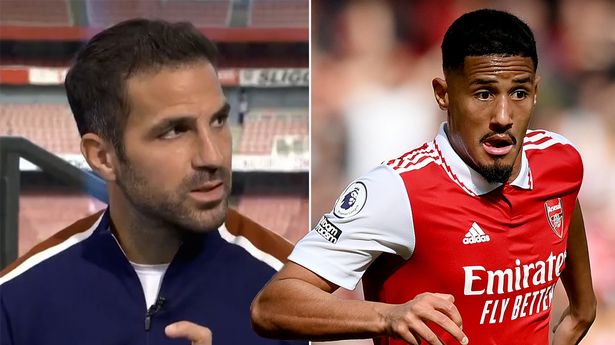 Arsenal have joined Barcelona in the race to sign Wolves midfielder Ruben Neves next summer, according to reports from Spanish outlet Sport. The report claims that the Blaugrana view the Portugal international as a replacement for Sergio Busquets next summer.

However, the Gunners are also in the market for more midfield numbers, claiming that Mikel Arteta is hoping to land Neves at a reduced transfer fee due to his dwindling contract.

Former Arsenal midfielder Cesc Fabregas has revealed how he helped the Gunners in signing defender William Saliba from St. Etienne back in 2019. The Frenchman has continued to impress since making his return from a third spell out on loan since joining the club.

That run of form continued for the youngster in the clash with Tottenham at the weekend, with Fabregas explaining his role in the transfer taking place.

Arsenal’s huge win over Tottenham in the North London Derby included plenty of moments that swung the game, but arguably fewer did than a red card received by Emerson Royal. Antonio Conte went on to bemoan the decision made by the referees, questioning the standard.

However, this was in contrast to what he said back in May, where he told Mikel Arteta to stop complaining about refereeing decisions after the match.

GOOD! Arsenal scouts ‘keeping an eye’ on £50m sensation at the Emirates