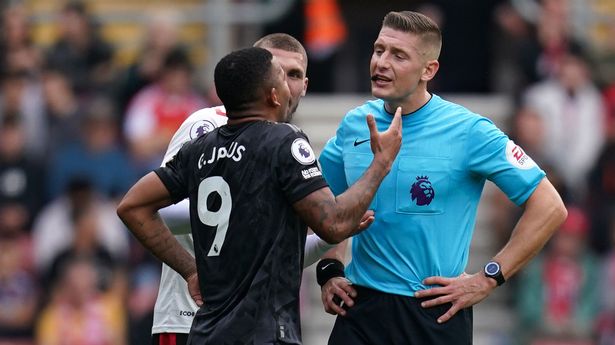 Arsenal continue to be linked with a move for Eintracht Frankfurt defender Evan Ndicka, according to reports, with the 23-year-old out of contract next summer. And, according to SportBILD, the Frenchman is available for roughly €15million (£13million) to let him go in January.

It could see the Gunners land him for a bargain price before others look to land him in the summer when he becomes a free agent.

Arsenal striker Gabriel Jesus has revealed that the referee explained why he wasn’t awarded a penalty for a challenge made on him during a 1-1 draw away at Southampton. The Brazilian struggled during the clash, with his recent outing now making it five games without a goal.

Former Arsenal boss Unai Emery could be set for a shocking return to the Premier League this season, just three years since he left the Gunners in 2019. The Spaniard is currently in charge of La Liga club Villarreal, having joined them back in 2020 shortly after his dismissal from the Emirates Stadium.

Emery is currently the favourite to be the new manager of Aston Villa, who recently sacked Steven Gerrard after a poor start to the season.