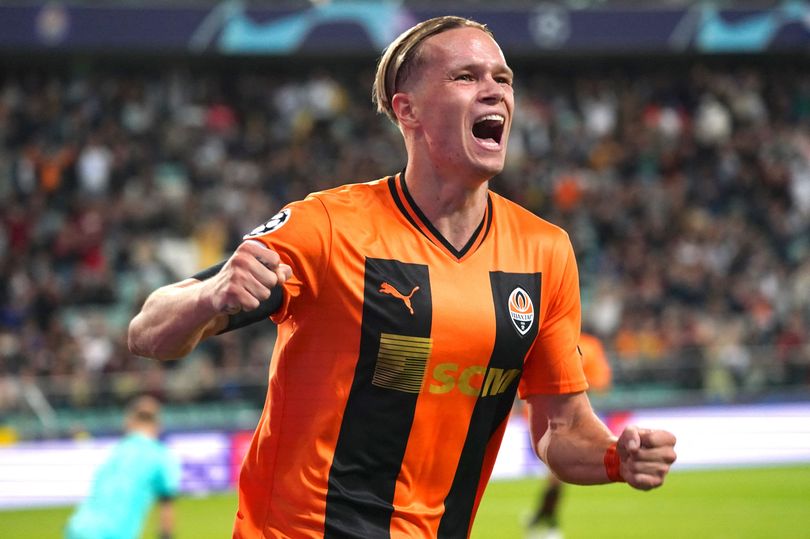 Arsenal technical director Edu has been warned that the Gunners face tough competition from Newcastle United for the signing of Shakhtar Donetsk star Mykhaylo Mudryk. The 21-year-old was heavily linked with a move to north London in the summer as Mikel Arteta looked to further bolster his frontline.

“He looks like a real talent,” Paul Robinson told Football Insider. “To be putting in performances in the Champions League at his age says a lot.”

“I’m sure there are a few clubs looking at him now,” Robinson added. “It is only a matter of time before he leaves Shakhtar. They cannot keep rebuffing bids. There will be a figure that they have in mind. Newcastle would be an attractive proposition.

“I think they could do with another top winger. Obviously they have [Allan] Saint-Maximin but I’m not sure [Miguel] Almiron, [Jacob] Murphy and [Ryan] Fraser are going to get them to where they want to be. Mudryk is a player for now and the future. [Eddie] Howe is evolving that squad slowly. I think they will continue to develop over the next 12 months.”

William Saliba has been recognised for his stellar displays with the Gunners this season, as he has been called up to France’s squad for their upcoming Nations League fixtures. The 21-year-old defender has been capped five times by his country and is set to add to that total when France face Austria and Denmark this week.

Brentford boss Thomas Frank backed Saliba to start for the reigning world champions following his side’s 3-0 loss to Arsenal. He said: “I must say Saliba, he’s going to be a full international player for France, I’m sure he’ll play in the starting line-up for that team and that’s a strong international team.”

Ian Wright has been proved wrong about Arsenal star

Ian Wright has certainly made his feelings known on Granit Xhaka in the past. For mistakes he’s made both and off the pitch, the midfielder has faced criticism from the former Gunners striker, but he is now bathing in praise after Wright hailed his performance in Arsenal’s 3-0 win at Brentford.

Xhaka put in a classy display in midfield, providing the assist for Gabriel Jesus’ goal that put the Gunners two goals in front. Speaking on Match of the Day 2, he said: “For me, Granit Xhaka is a player that we’re finally seeing play like he does for Switzerland.

“He’s playing in a position that suits him, playing more offensively. He’s playing with real authority and confidence. Lately he’s been able to find space and from there he can be really dangerous because, for me, he’s got easily one of the best left-foots in the Premier League. It’s a great cross for the Jesus goal, it’s fantastic. He can also do the defensive stuff.”