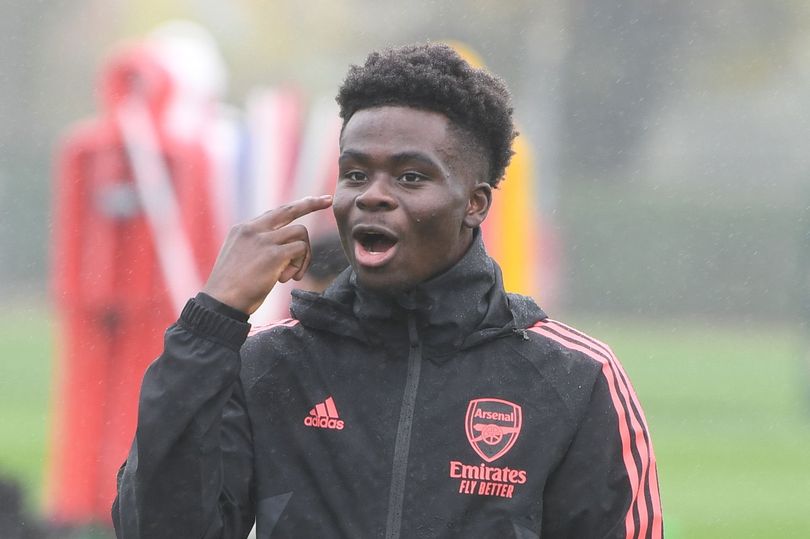 According to the Daily Mail, Los Blancos are interested in signing Son from Tottenham. The forward is reportedly preparing for the next move in his career.

This comes after there had been questions surrounding Saka’s future at the Emirates Stadium, in particular recently as his contract situation is beginning to reach a precarious stage. He currently has two years remaining on his current deal and is approaching the stage where a renewal must happen.

According to 90min, Real Madrid and Manchester City are among the sides monitoring Saka, which Arsenal and the player are aware of, but there’s growing confidence that fresh terms will be signed off before the new year.

ALSO READ:  ALMOST DONE: Arsenal will have to reportedly pay 21 million to sign the Brazilian wonder-kid

Arsenal already have their own Vinicius Jr

Balogun has dominated the top French division since making a season-long loan switch to Reims in the summer transfer window. His impressive goal return has proven this by scoring five goals in the league so far.

His scoring exploits means that he has an expected goals-per-ninety rate of just below 0.5. This is identical to last season’s Champions League final goal-scoring winner Vinicius Jr. It is even more impressive on Balogun’s side when you take into consideration the difference in quality between Real Madrid and Reims, which allows Vinicius Jr to have a better chance at scoring in each game.

Balogun can take great encouragement with his current loan move due to the previous striker Reims had in their ranks in Hugo Ekitike. The youngster was also a striker who was equipped with a lot of potential, which eventually saw him develop and land a mega-money move to Ligue 1 champions Paris-Saint Germain.

The USA international scored a wondergoal on Friday evening against Queens Park Rangers, which secured all three points for Birmingham. Trusty played in a centre-back role, and was pivotal in helping his side keep a clean sheet.

Two weeks ago he scored two first-half headers from set-pieces as Birmingham beat Bristol City, earning himself a place in the Championship team of the week alongside fellow Americans Ethan Horvath and Josh Sargent.

That was the game that truly alerted the wider public to Trusty’s rise but his progress has been well-documented around the club since the start of the season.