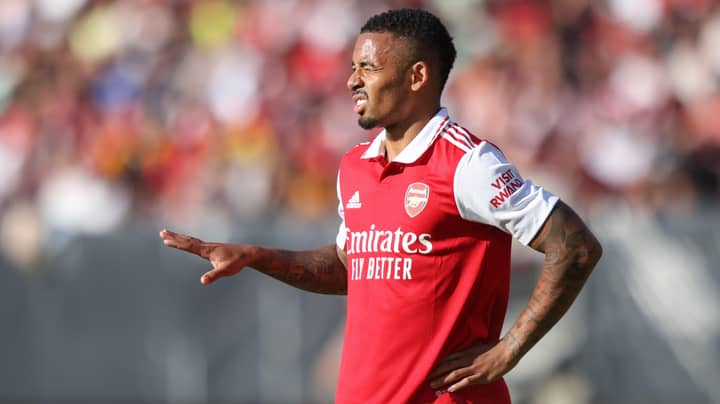 Arsenal striker Gabriel Jesus has impressed since joining the club in the summer, helping guide the club to top of the Premier League after eight games so far. However, former Manchester United defender Rio Ferdinand has warned that an injury to the forward could be drastic for the Gunners.

Speaking on Vibe with Five, he said: “If you lose Jesus…curtains. It is curtains for you lot.”

Arsenal star Gabriel Martinelli has already hinted at his decision over a potential contract extension at Arsenal, amid reported interest in the youngster. The 21-year-old has two-years remaining on his deal at the Emirates Stadium, while London rivals Chelsea are said to be eyeing a potential swoop.

Arsenal have been told they “can’t rely” on midfielder Thomas Partey this season and should look to sign a replacement in the January transfer window. The Ghana international has struggled with injury throughout his career in north London, with Mikel Arteta failing in making a late move in the summer transfer window to shore up the midfield ranks.

Arsenal: Arteta could ‘unearth more academy gems’ at the Emirates