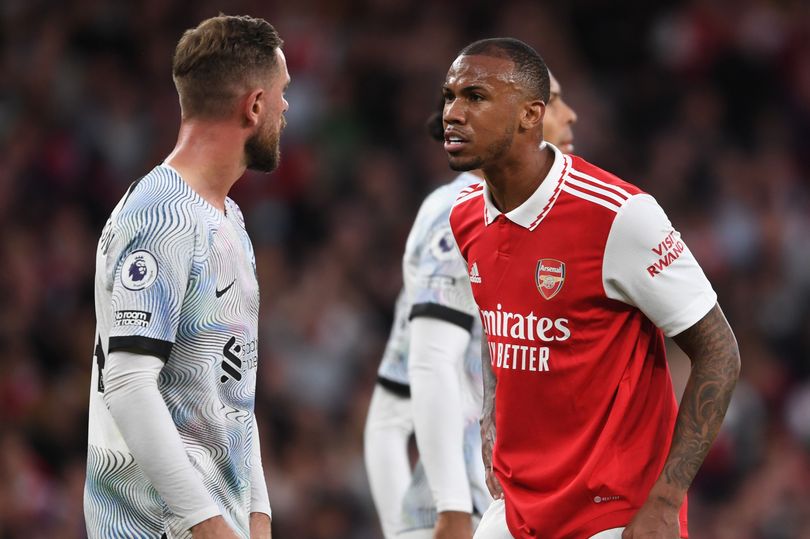 The FA confirmed that they will not be taking any disciplinary action over the incident that occurred between Arsenal star Gabriel Magalhaes and Liverpool captain Jordan Henderson with the case being dropped against Henderson.

The Liverpool captain is believed to have told the investigation he called Gabriel a ‘f****** idiot’, according to The Daily Mail, with the Arsenal star believing he used another, far worse word in Portuguese.

None of the other players questioned from Arsenal or Liverpool could confirm or deny whether it was exactly what Henderson had said, or what Gabriel had mistakenly heard. The Liverpool captain would have had to have demonstrated a command of Portuguese-Brazilian dialect that he simply does not possess if he had said what Gabriel had accused him of saying.

Monza have now released a fresh statement after the Arsenal loanee underwent successful surgery to repair two muscles in his back, which will see him recover over the next two months.

The statement read: “The specialists of the General Surgery-Trauma Team of the Niguarda Hospital in Milan carried out this morning the surgery to reconstruct the two injured muscles on Pablo Marí’s back.

“The surgery went well and a hospital stay of two or three days is expected. After the resignation, the player will be able to start a rehabilitation process.

“This type of muscle injury usually requires two months of rest before you can resume physical activities.”

Shakhtar Donetsk’s deputy sporting director, Carlo Nicolini, has now confirmed there is concrete interest from both City and Arsenal in Mudryk who has now been valued at a higher fee than what Manchester United paid for Antony.

Speaking during an interview with Calciomercato.it’s program, TV Play – as per Sport Witness, Nicolini discussed Mudryk’s future and the interest shown in him. The Shakhtar chief said: ““The headlights are on him, but I say that the Italians always come later. Now it is easy to observe him, but it was possible to do it before. The Italians bring low proposals, we don’t even sit down to negotiate.

“There are many English candidates, there is the Spanish on duty, the French on duty, but now it takes the right amount to take him away. Together with (Kylian) Mbappe, (Rafael) Leao and Vinicius Junior, Mudryk is the strongest player in that position.”