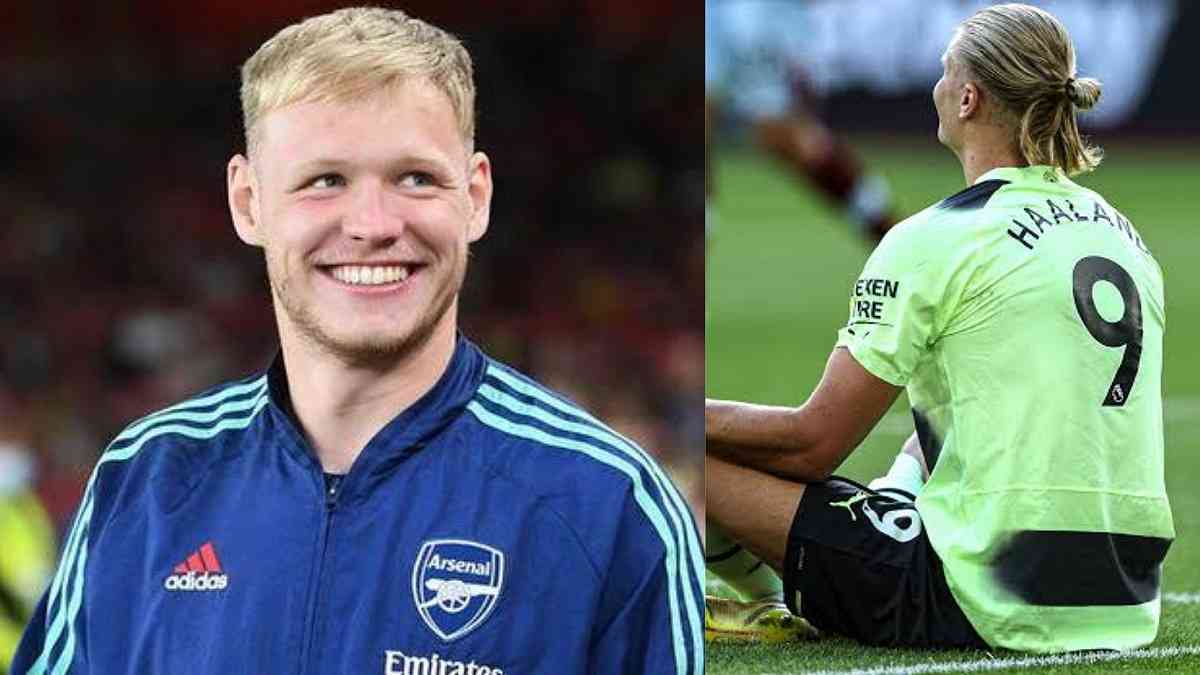 Ramsdale appeared as a guest on A League of Their Own on Sky and was asked how he was feeling at the prospect of playing against Haaland.

“Yeah I like playing against the best players but I just don’t want him to score too many!”

Sky Sports pundits Jamie Redknapp and Micah Richards were also on the show and Redknapp joked: “He was saying earlier: ‘he won’t score past me!’”

Jesus wins player of the month

Gabriel Jesus has been sensational since making the summer switch to Arsenal from Manchester City in the transfer window. The Gunners were screaming out for a top-quality striker at the back end of last season and it seems they have found that in the Brazilian. 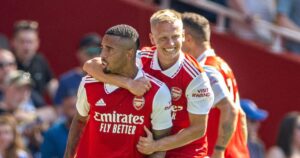 Jesus has had an excellent start to the season under Mikel Arteta scoring two goals in his first home game for the Gunners against Leicester. And it is because of his explosive start that he has been named Arsenal’s player of the month for August.

He beat Gabriel Martinelli who came second in the poll, voted by the users of Arsenal.com. Meanwhile, Martin Odegaard came in third place.

So far in this campaign, Neves ranks fourth in the Premier League for the most tackles as he taken the ball from his opponent on 25 occasions. This part of Neves’ game has certainly gone under the radar as he is more known for his on the-ball-attributes.

Partey has missed 50% of Premier League with Arsenal since joining the club in 2020 due to consistent injury issues, while Xhaka has had suspension difficulties in the past, meaning both players cannot be relied on to consistently start together.