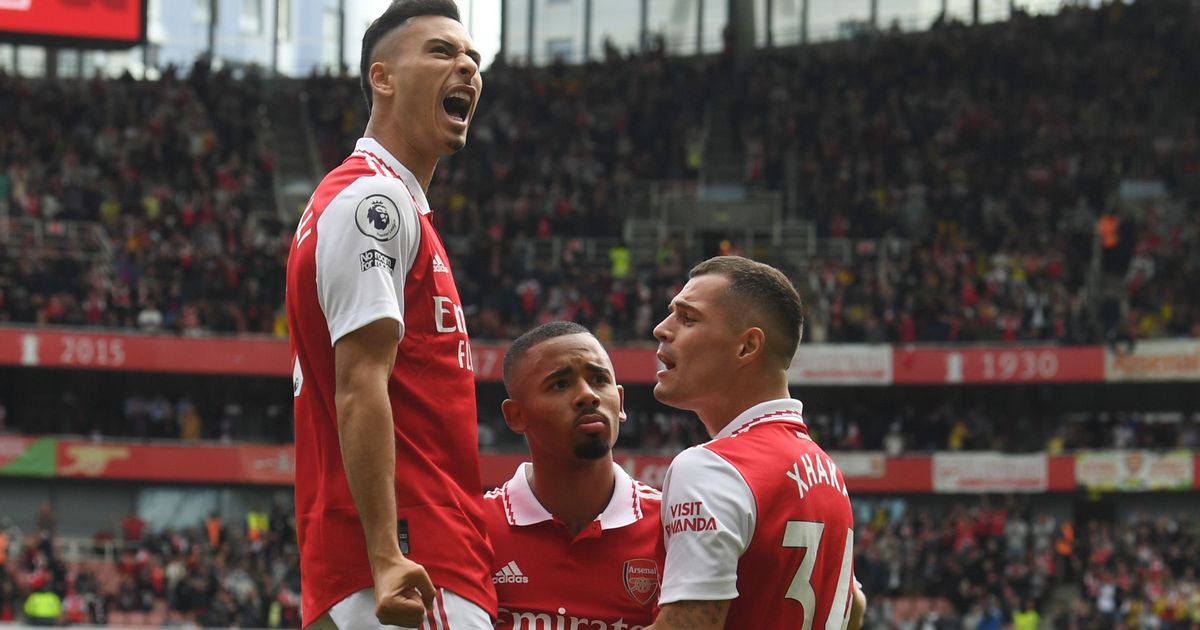 The Gunners are still deservedly revelling in their huge Premier League London derby win over Chelsea on Sunday and the good news has continued for three Arsenal stars after Gabriel Martinelli, Gabriel Jesus and Takehiro Tomiyasu were all named in their respective country’s World Cup squad.

Before the tournament begins though, Arsenal face Brighton in the Carabao Cup on Wednesday evening before travelling to Wolves in the Premier League on Saturday evening, with Mikel Arteta hopeful his side can secure another two wins before the season is paused.

Elsewhere, things are beginning to heat up in the transfer market as Arsenal move even closer to the opening of the January window. The likes of Youri Tielemans, Wilfried Zaha and Facundo Torres continue to be linked with a switch as options to improve the depth available, while an update on the likelihood of Mykhailo Mudryk joining the Gunners has been revealed.

With that said, keep the blog on lock as we bring you all the latest from Arsenal.

07:57KIERAN HORN
Mudryk update
Arsenal have been closely following Shaktar Donetsk forward Mykhailo Mudryk as the Gunners aim to freshen up their squad in Janaury.

Facundo Torres and Danilo have also been names closely linked with possible moves to north London in January while Mudryk was another name garnering a lot of interest.

The 21-year-old has starred in Shaktar’s Champions League campaign notching three goals and two assist which has perhaps prompted the Ukrainian club to increase the asking price.

According to transfer specialist Fabrizio Romano, despite positive talks on Mudryk’s side, it looks as though any January move could be off after Shaktar changed their valuation.

He said, via his YouTube channel: “They had very positive contacts on Mudryk’s side, but then they decided not to proceed with Shakhtar because they wanted more than €40m-€45m. Now Shakhtar want more than €60m-€65m! Arsenal are still following the player.”

After only making his Brazil bow in March of this year, Martinelli will be his country’s youngest representative at the tournament (21) and is set to see a 14-year wish come true following his World Cup admission on an episode of ‘Wrighty’s House’ podcast from June 2022.