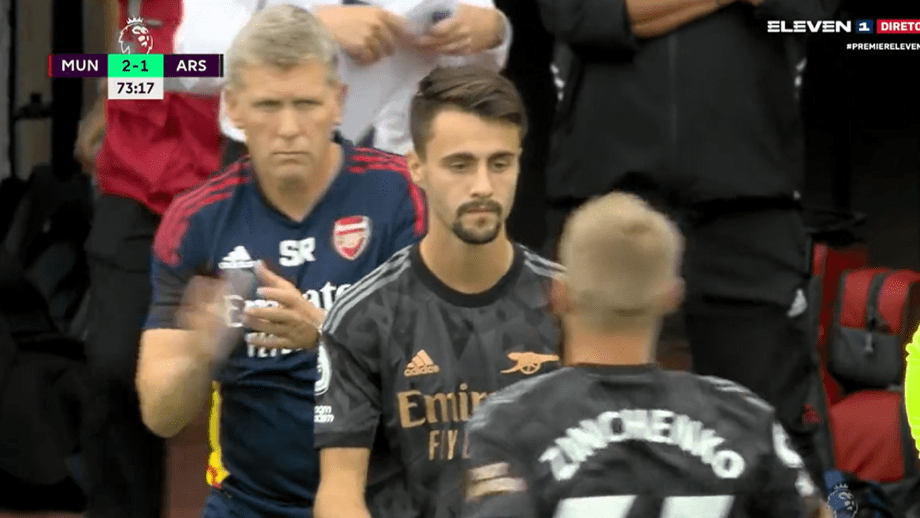 Mikel Arteta’s side now have the chance to put that game behind them and get their Europa League campaign off to a flying start.

In terms of what Arsenal’s starting XI could look like for tomorrow’s clash, one figure that didn’t start in the game at Old Trafford that we feel should be in from the beginning on this occasion is Fabio Vieira.

After arriving at the north London club from Porto for a fee of £34m during the previous summer transfer window, the midfielder made his first league appearance for the Gunners in the second half of Sunday’s defeat against United.

His 16-minute cameo at the weekend, which was described as “promising” by Football.London, saw the 22-year-old complete both of the dribbles he attempted and win both of the ground duels he was involved in.

Prior to his move to England, the £45k-per-week midfielder, who football talent scout, Jacek Kulig, described as having a “left foot made of gold”, scored 23 goals and provided 24 assists in 117 appearances for his previous club across their youth and senior sides.

Bearing in mind how Martin Odegaard has played the majority of every league game Arsenal have had so far this season, perhaps this could be the right time for Arteta to rest the Norwegian and give Vieira his chance to shine.

Also, with Emile Smith Rowe picking up a suspected injury shortly after the United game, this could make it an easier decision for the Gunner boss to give the summer recruit his first start in an Arsenal shirt.

Taking all of this into account, taking a punt on Vieira in tomorrow’s game could be a great way for the Arsenal boss to see what the player can do.

Related Topics:FixturesTeam News
Up Next