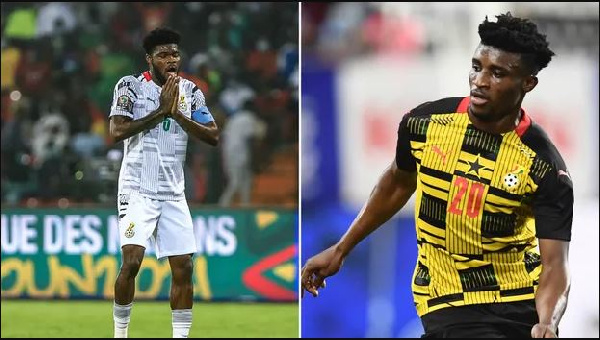 Arsenal fans will be looking forward to Premier League action returning once the World Cup concludes. The Gunners are five points clear of Manchester City at the top of the table and have impressed so far this campaign.

There are still 24 league matches to play, however, and Mikel Arteta will be keen to hit the ground running once the season resumes on December 26 at Emirates Stadium against West Ham. The Spaniard will be keeping a close eye on the Gunners stars representing their nations in Qatar and will be hoping all come back injury free and in good spirits.

The Arsenal boss will also be using the tournament to cast an eye on potential January signings. One of the players reportedly being watched by the Gunners is Ajax midfielder Mohammed Kudus.

The 22-year-old has impressed at the World Cup for Ghana and scored twice in his nation’s 3-2 win over South Korea, which has placed them in a great position to qualify for the last 16 in their final group match against Uruguay.

A report from 90 Min states that Arsenal and Newcastle have asked about Kudus’ ‘current situation’ at Ajax ahead of a potential January transfer window move. Tottenham and Liverpool have also been credited with interest in the midfielder in the past.

With 12 goal involvements for Ajax this season, it’s no surprise Arsenal are among a number of sides monitoring his situation, especially as he is now impressing at the World Cup. Arsenal are believed to be interested in signing a central midfielder in the January transfer window, football.london understands, and two other names linked are Leicester City star Youri Tielemans and Palmeiras’ Danilo.

However, a deal for Kudus may make sense considering he is teammates at Ghana with Thomas Partey. Seen as an attacking midfielder who likes to get forward, Kudus has already shown he has a good understanding with Partey, as seen at the World Cup.

While Granit Xhaka, Martin Odegaard and Partey have impressed for Arsenal in a midfield three this season, there is an obvious drop in quality when Albert Sambi Lokonga and Mohamed Elneny come into the side. Edu may be able to fix that issue by signing Kudus in January.