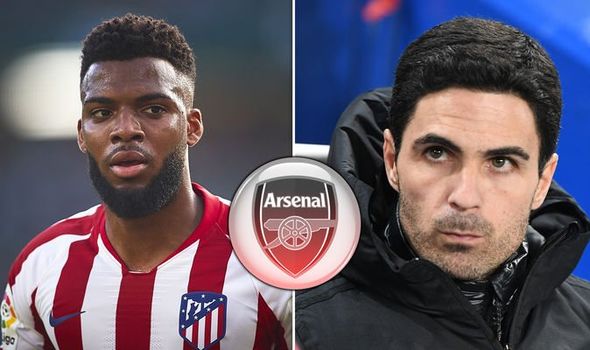 Thomas Lemar has been offered to Arsenal and Everton as the attacker stays in a dilemma over his long-term future at Atletico Madrid. France international has a year left on his contract, and a move to the PL could be tempting for the attacker, although neither Arsenal nor Everton are interested in signing the forward.

The 26-year-old winger got into the spotlight a few years ago when the Gunners were linked with an incredible move for nearly £90m. On deadline day of the 2017 summer transfer window, Arsenal meant to add the French winger but refrained from making an offer.

The Frenchman moved to Atletico a year later for a fee of over £64m. Currently, the former Monaco winger is not an undisputed starter under Simeone, who could consider selling him in this window. Lemar has had limited impact at Atletico Madrid, although he played a crucial role in their La Liga title triumph in the 2020/21 campaign.

Thomas has a year left on his deal with Los Colchoneros, and despite being offered a new four-year contract, he is at a crossroads in his career, as he has been offered to PL teams Arsenal and Everton.

It is highly doubtful the Gunners hold any potential interest in Thomas, although they are likely to add a new midfielder in time for the new campaign. However, Everton could look hard at the chance and consider approaching Atletico Madrid for Lemar.