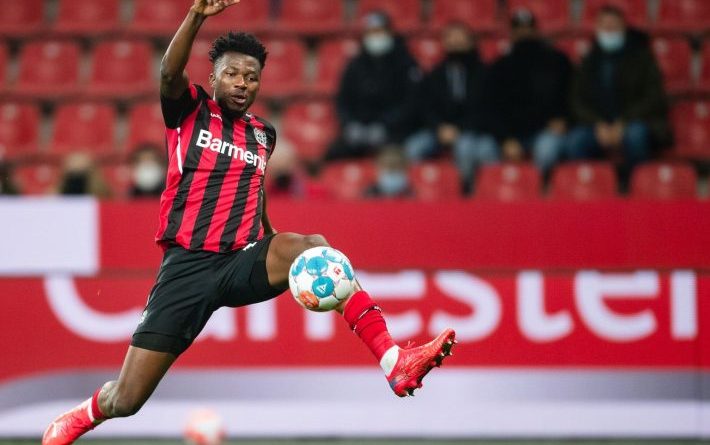 Arsenal are interested in Edmond Tapsoba, with the towering defender seen as a priority signing by the Spanish boss. The Gunners failed in their chase of Lisandro Martinez and could turn their attention to the Bayer Leverkusen defender.

Burkina Faso international has impressed in the last couple of years by delivering consistent displays for the Bundesliga giants. As a result, Tapsoba has been of interest to many PL teams, with the Gunners ready to reignite the chase of the Bundesliga-based centre-back.

Arsenal have been chasing a new centre-back this summer, even though the Spanish manager has four quality options available at his disposal. Gabriel Magalhaes, Ben White, Holding, and the returning William Saliba are all options at the back.

However, the latest links to Edmond confirm Mikel Arteta’s desire to sign a new centre-back. The 23-year-old centre-back was recently also a target for West HamI United, but the lure of playing for Arsenal could be powerful enough for the defender to consider.

Tapsoba is valued at around €50m by the German club, and the Bundesliga giants might be open to selling him if the right offer arrived. The Gunners are reportedly working on the deal and could lodge a bid in the coming days.

The African defender was linked with the Gunners last summer, but they ended up signing Ben White. However, if the former Guimaraes defender does end up joining Arsenal, there is a likelihood that one of the current defenders may be sold, possibly Holding or Gabriel.