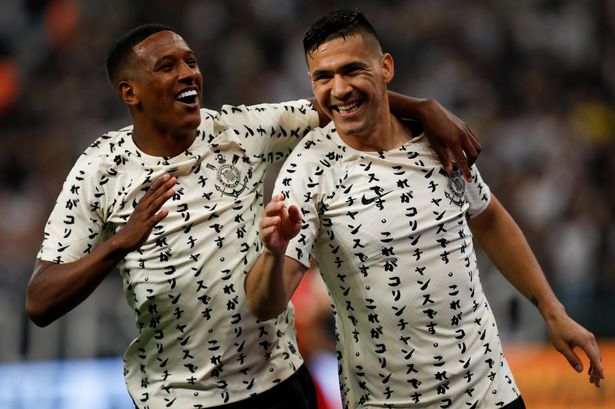 Arsenal are monitoring the progress of Corinthians defender Robert Renan and could make him their next defensive signing. The London giants have been flying high in the PL this campaign and are currently topping the table.

The Gunners seem to be very fond of Brazilian footballers, and technical Director Edu’s influence can definitely be one of the reasons behind the club’s willingness to deal with Brazilians of late. Arsenal recently saw the arrival of Gabriel Jesus from Man City.

The other Gabriels – Gabriel and Gabriel Martinelli – have been a part of the Brazilian contingent at the club. And Martinelli is a crucial figure for the Gunners, who want to tie him to a bumper new deal.

Robert has not really racked up the numbers in the Brazilian top flight but has already shown enough maturity and can be very dependable if given a consistent run in the team. Corinthians boss Vitor Pereira spoke very highly of Renan, and he knows it will be very hard to keep him at the club especially after he burst into the first team setup so early in his career.

The Gunners are thin in the defensive department, and adding another defender might be worth taking the risk. Saliba and Gabriel Magalhaes have been the preferred choice, while Ben White has done quite well in his new right-back role. But Chelsea are also ready to break the bank for the Brazilian centre-back.

Arsenal: Edu can scout £38m star ‘in person this week’ at the Emirates