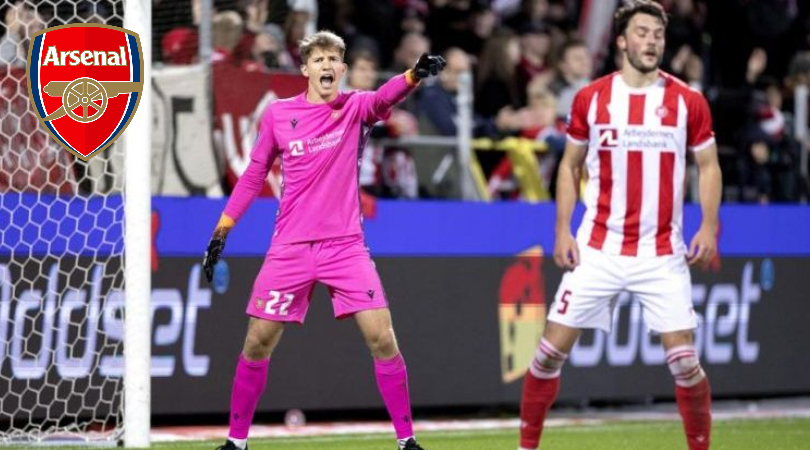 Theo Sander is attracting plenty of interest from PL teams. U18 Denmark international became the youngest shot-stopper in Eliteserien history, and teams from England have taken little time to register their admiration.

There is plenty of talk around a certain Theo, a 17-year-old shot-stopper with Aalborg BK in Norway. While the Eliteserien club are now much known in big-league circles, their goalkeeper is undoubtedly coming to the fore and taking the spotlight.

Theo made his senior debut in August for Aalborg and has since become their first-choice shot-stopper. It is rare for any stopper to become a no.1 at their club unless they are an exceptional talent. For instance, some of the names that come to mind are Donnarumma and Buffon, who have forged successful careers since making their debuts at a very young age.

Similarly, the Danish goalkeeper is expected to make it big in the future and already has the eyeballs of some top clubs from the PL. The 17-year-old goalkeeper was reportedly on trial with Juventus in the summer but signed a deal with Aalborg until 2025.

Arsenal are looking at the goalkeeper for their future team. The Spanish manager relies on Ramsdale to keep the goal, with Matt Turner in the deputy role. While the duo is expected to stay unhindered for the long term, Theo could be a solid prospect in the next many years.