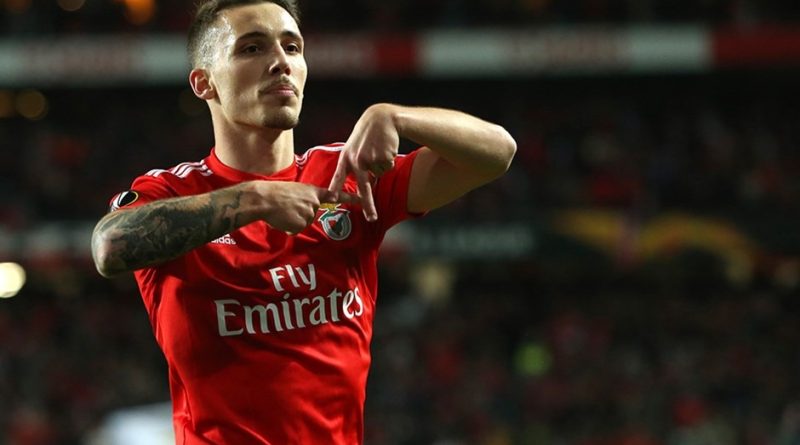 Arsenal and Newcastle United are ready to battle it out to add Benfica defender Alex Grimaldo in winter. Alex was strongly linked with a move away from Benfica during the summer transfer window, but a move failed to materialise. Grimaldo is into his eighth campaign with Benfica, after joining from Barcelona as a teenager.

ALERT 🚨: DOWNLOAD ARSENAL ANTHEM AND CHANTS. DOWNLOAD HERE
Despite staying at Benfica beyond the summer transfer window, the 26-year-old defender could still leave the Eagles, with a winter move being lined up by both Arsenal and Newcastle United. The Spanish defender could be available for only €10m in winter.

The Magpies could also be in the market for a new left-back, with Eddie Howe potentially looking for competition for Matthew Targett. Due to the injury record of Kieran Tierney, bringing in a new left-back could be of interest to the London club, especially at the reported price of only €10m.

Oleksandr Zinchenko was brought in during the summer, but the Spanish boss may look to move him into a midfield role in the future, where he began his career. However, should Arsenal want to win the battle for the Spaniard’s signature, the report adds that they will have to fend off interest from Juventus in winter.

Allegri could be on the lookout for a new left-back if Alex Sandro departs the Bianconeri on a free transfer at the end of the campaign, which would open up space for Alejandro Grimaldo to join.