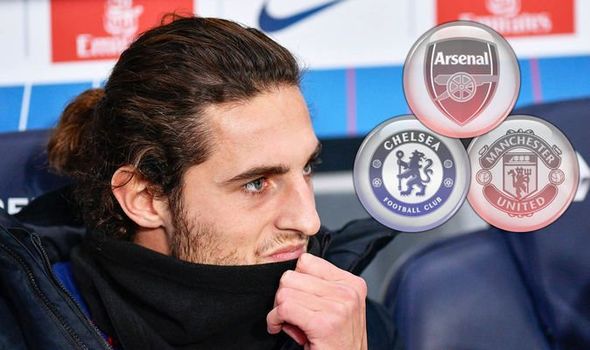 Arsenal and Chelsea are keen on signing Juventus midfielder Adrien Rabiot. The report adds that the Bianconeri are keen on extending his deal, but they will not be able to afford his wage demands. The Old Lady are looking to pay him €7m per season, but France international is demanding wages of nearly €10m per year.

But Chelsea and Arsenal prepared to pay Adrien the money he has been demanding. Meanwhile, Tottenham director Fabio Paratici remains an admirer of Rabiot. And it will be interesting to see if they can fend off the competition from their London rivals and sign the 27-year-old midfielder at the end of the campaign.

Signing the French midfielder on a free transfer would be a massive boost for the Spurs, and it could prove to be a transfer masterstroke. The Frenchman has done quite well for the Bianconeri this campaign, and he has started the World Cup with Les Bleus with a flourish as well.

The former PSG midfielder managed to score and assist in their opening match with Australia. Meanwhile, Arsenal will pursue Rabiot to add more depth to the midfield unit. As for Chelsea, the tricky contract situations of Jorginho and Kante make Adrien a viable option.

And recent reports have claimed that Chelsea are prioritizing his signing. It will be interesting to see where the midfielder ends up. Arsenal, Chelsea and Tottenham are all attractive moves for the midfielder, and they could help him take the next step in his career.

ALSO READ:  Another Arsenal legend tells Arteta why he should sign Ronaldo