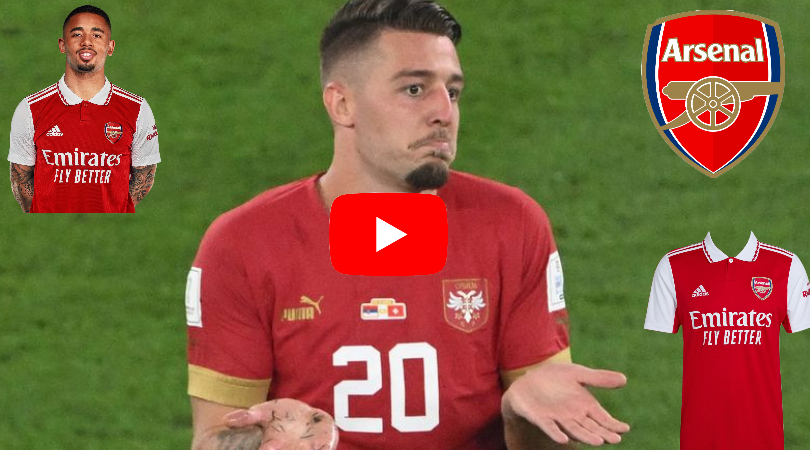 Arsenal have been handed a huge transfer boost as Lazio star Sergej Milinkovic-Savic ‘changes his mind’ on a move to the Emirates Stadium. The Lazio midfielder has been linked with a switch to the Premier League over the past few years and now could finally seal a move to England.

Arsenal, Chelsea and Manchester United have all been rumoured to hold an interest in the Serbia international. Milinkovic-Savic has been a standout performer for Lazio so far this season, scoring five goals and providing a further seven assists in 20 appearances – the same number of goal contributions as Gunners forward Gabriel Jesus.

The 27-year-old is entering the final 18 months of his current deal with the Serie A outfit meaning January could prove to be the best time to sell before his value begins to drop. football.london reported during the summer that Mikel Arteta was in the market for a midfielder and those plans are unlikely to have changed after Arsenal missed out on a deal for Douglas Luiz on Deadline Day.

According to Italian publication Il Mattino in July, Lazio were hoping to sell the Serbia international to either Arsenal or United for a fee between €55million (£46million) and €60million (£50million). The Gunners were said to be willing to offer a fee in the region of £40million earlier this year and may look to reignite their interest in the Lazio star in the new year.

Italian football journalist Giulio Cardone has provided a major update Milinkovic-Savic’s future which may alert Arsenal to his availability in the January transfer window. Cardone claims the north Londoners attempted to sign Milinkovic-Savic in the summer but the player was not keen, but now he is now open to the transfer following the Gunners’ strong start to the season as they sit five points clear at the top of the Premier League table.

It’s understood that Milinkovic-Savic would consider a move if a fair proposal was put on the table with his agent, former Chelsea striker, Mateja Kezman looking to secure offers for his client. Cardone suggests a deal may not happen until the summer for Milinkovic-Savic, but given Arsenal’s battle with Manchester City at the top of the table, his arrival may be the catalyst for the north Londoners to continue fighting until the end of the campaign.

Speaking to Italian radio station Radiosei, Cardone said: “Arsenal on Milinkovic? The news is that the player has changed his opinion on the English club which already tried to approach him last summer.

“If a fair proposal were to arrive this time, he would consider it. Today, the Gunners are dominating the Premier League, they will go to the Champions League, they have started a fascinating project, they have acquired a different appeal.

“Agent Kezman has been probing various clubs for some time to then bring offers to Lazio. In the summer he had garnered serious interest from the London club [Arsenal] and Newcastle.”

GOOD ONE: Arsenal renewed negotiations with No.11 Ivory Coast international