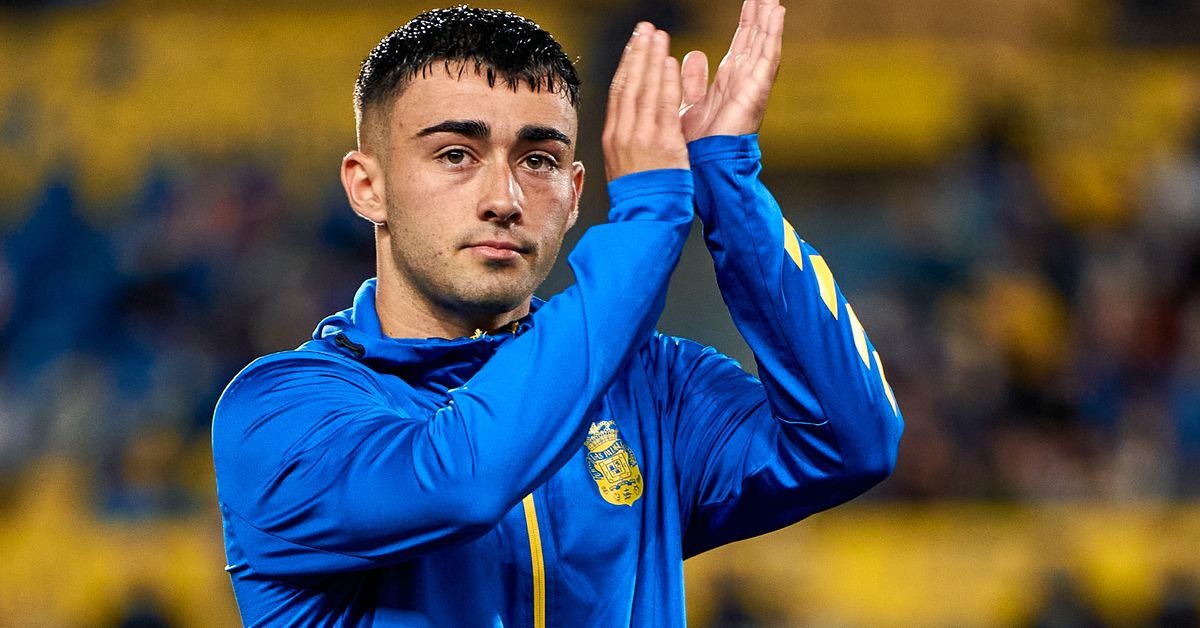 Alberto Moleiro has become one of Europe’s most highly sought-after youngsters. Barcelona, Arsenal, and Man City are among the high-profile teams showing an interest in the attacker, who will likely leave Las Palmas next year.

U21 Spain international is one of the most prodigious youngsters in Spain, with the attacker coming leaps and bounds since joining Las Palmas nearly half a decade ago. Moleiro made his first-team debut for the Gran Canarian club at the onset of the 2021/22 season, aged 17, before making rapid progress last term.

Alberto has continued going from strength to strength early in the 2022/23 campaign, managing three assists in six La Liga 2 matches. And the 18-year-old playmaker’s progress has captured the attention of some of Europe’s most high-profile teams, including Barcelona, Arsenal, and Man City.

Barcelona and Las Palmas share a healthy working relationship, with the Catalan giants signing Pedri from the Gran Canarian club a few years ago. And the Spanish playmaker is the latest Las Palmas prodigy to emerge on Barcelona’s radar, with the Blaugrana even coming close to securing his services in the summer transfer window.

Arsenal are in the market for a playmaker to compete with the young core in the offensive unit, with the Spaniard emerging as a viable target. Barcelona, Man City and Arsenal are in contention to sign Moleiro, who seems to have a bright future ahead of him.