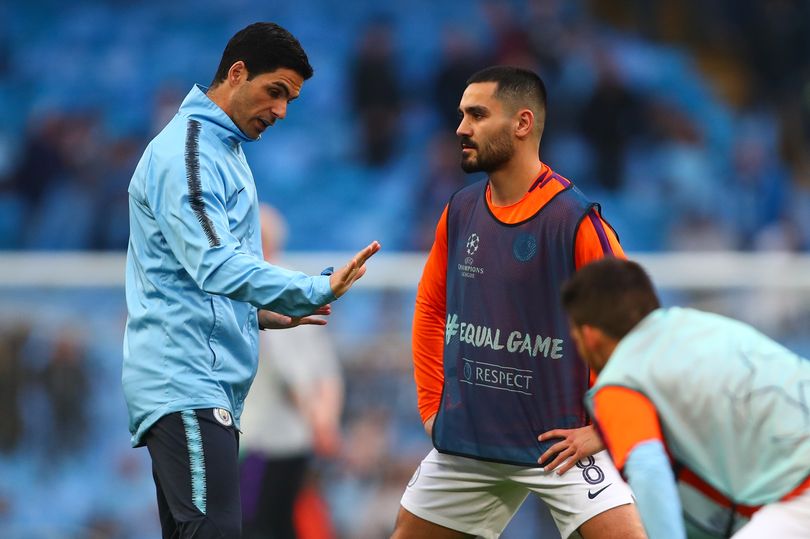 The dynamic of the Arsenal midfield is such that the trio of Granit Xhaka, Martin Odegaard and Thomas Partey have formed a formidable group at the core of the Gunners’ success this season. Should any one of these not be available the level immediately drops.

Arsenal have put into place contingencies across the side in terms of depth, but the midfield remains an area of thinness in the group. Fabio Vieira arrived in the summer to offer Odegaard serious competition and the Portuguese international scored in the absence of the Norwegian in the 3-0 win at Brentford to show his worth to the group.

Behind both Xhaka and Partey however, there are questions. Albert Sambi Lokonga and Mohamed Elneny, the latter of whom has missed most of the season with injury and is expected back this January, simply lack that same level of elite quality the starting pair possess.

When Arsenal have been linked to potential midfielders like Douglas Luiz of Aston Villa, questions have been raised as to whether players of this ilk push the needle of quality enough to justify the investment. One player who was linked to the Gunners before was Ilkay Gundogan.

The German international is in the final year of his contract with Manchester City and according to the latest reports, Galatasaray are looking at the player. Were Arsenal to suddenly find themselves being tempted by yet another player who had worked with Mikel Arteta at City, they should firmly close the door on this one.

There’s no denying Gundogan’s quality and he would certainly bring that to the club. But the benefit of Arsenal finding a player much younger and, importantly, far more reliable regarding fitness, then they can get all the positives for a far longer period of time.

The German international has suffered from numerous issues but most significantly a back problem that has plagued him at Man City. In an interview with The Guardian, the now 31-year-old revealed how his back issue could have been much worse but admitted he still has to deal with ‘issues’.

“That was definitely worse than my knee injury. I was out for 14 months but the worst part was that no one really knew what kind of injury it was. I saw a surgeon and he wanted to put a big screw in my back which would not allow me to play football at that level. So, I was scared of not playing again and I’m really grateful I found the right [surgeon]. Of course, I still have to deal with issues but I’m feeling well enough.”

Potential options range from Leicester City’s Youri Tielemans who football.londonunderstands technical director Edu was prepared to wait until the summer of 2023 to get the Belgian on a free. With no word on a potential renewal, this could still be the case.

ALSO READ:  Arteta can land the final piece of the jigsaw with Arsenal swoop for £50m "superstar"
Advertisement

Furthermore, links to Palmeiras midfielder Danilo could return this winter. football.londonunderstands that the Gunners could indeed go back in for the player considered untouchable by the Brazilian side in the summer due to their Copa Libertadores participation.

Both options would be potentially cheaper from a wage standpoint and certainly younger to give any investment a greater return over a longer period of time. Mikel Arteta and Edu have been strong at acquiring quality to see this Arsenal side progress so if it isn’t Ilkay Gundogan, fans should have faith that the right choice will be made.