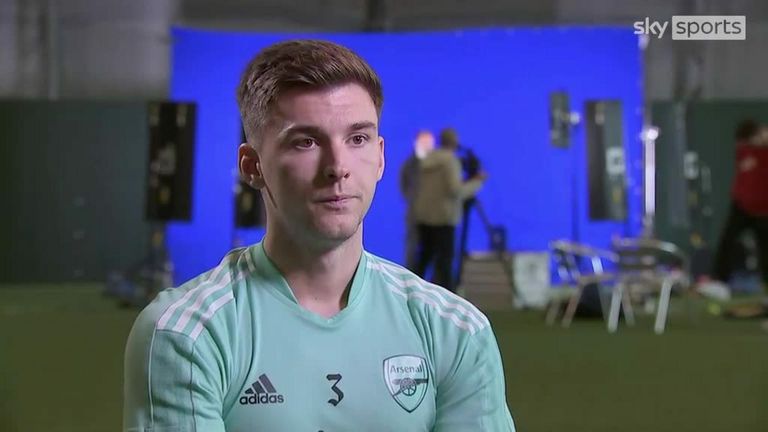 The Scotland international has been the Gunners’ first-choice full-back since joining the club but has seen his place come under threat to Oleksandr Zinchenko and Takehiro Tomiyasu this season.

And after being dropped in place of Takehiro Tomiyasu against Liverpool – who is typically a right-back and not a left-back like Tierney – the defender revealed all about the “tough” situation.

Speaking to Football Daily, Tierney said: “I was thinking that I got taken off in the Thursday game maybe to keep me for ready for the Sunday – and maybe that at the time was his plan as well.

“Then, the day before the match, he said ‘it’s not on your performance, this is just a tactical change that I want to make.’

“I was like ‘I’m gutted’. I’m not going to be angry, I’m not going to not try hard, but I’m gutted because I want to play every opportunity I can. Especially the big games you to play and you want to soak up the atmosphere.”

Tierney continued: “But there’s nothing I can say. We went out and won and Tomiyasu played amazing – the game plan worked! It just shows you because not many managers would think ‘lets switch a right-back over here’, but he [Mikel Arteta] did and it worked.

“That’s the first meeting I’ve had like in my life. Its been new to me. There was a spell last season for three or four games where I wasn’t playing. It’s all new to me and I’m learning and dealing with it.

“It is tough, footballers want to play and I’ve worked so hard to get back from injury. You just want to play as much as you can.”

🗣 “My heart is still racing.” 😅 Bukayo Saka gives credit to Leeds United for making it a tough afternoon for Arsenal