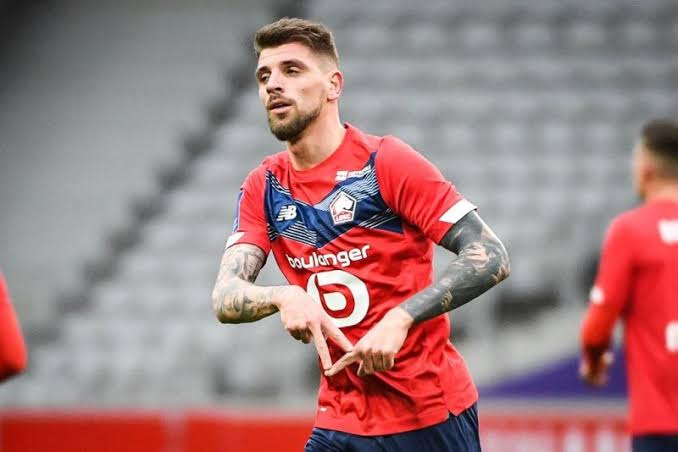 Arsenal could be forced to sign a new midfielder before the next transfer window opens after a number of their current options suffered from injuries.

The Gunners wanted to sign a new man for that position on deadline day, but their offers for Aston Villa man, Douglas Luiz, were turned down by the Villans.

This forced them to abandon the pursuit while relying on Albert Sambi Lokonga after losing Thomas Partey and Mohamed Elneny to different injuries.

Partey is close to making a return and could be available after the international break.

However, Arsenal still needs more men in midfield, and a report on 90min says they are now considering a move for Xeka.

The 27-year-old is a free agent after leaving Lille at the end of last season, and he is now being considered a short-term fix to give the club much-needed depth in that part of the pitch.

We need to fix our midfield problem, but not every player will fit into our culture and system.

Mikel Arteta is the man in charge, and he knows the type of player he wants.

If the Spaniard finds Xeka good enough, we can sign him, otherwise, we can wait and sign a new man in January.

Arsenal ‘expected to agree deal’ with £104m star at Emirates