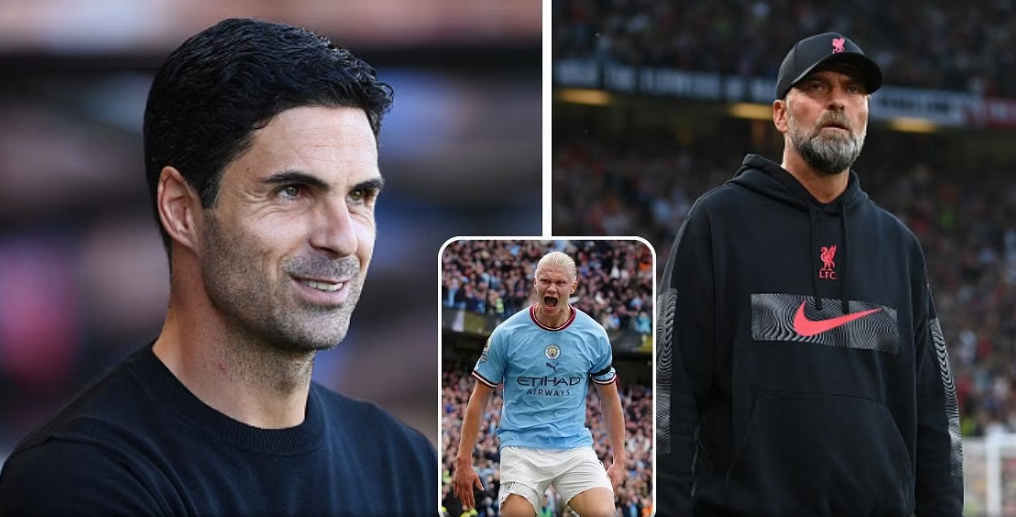 According to Calcio Mercato, as reported by Sportbible, Arsenal and Liverpool are keen to sign the next Norwegian wonderkid since Erling Haaland, Andreas Schjelderup.

The player currently plies his trade in the Norwegian league with FC Nordsjaelland. He joined the club back in 2021 and has since made 49 appearances for them, scoring 12 goals and assisting five more.

The 18-year-old has made 10 appearances for his club so far this campaign, scoring five goals and providing one assist.

Norway has become a hot ground for scouting talent since the emergence of Erling Haaland on the European scene.

Several top European clubs are interested in Schjelderup. Sevilla reportedly had a £3.5 million bid rejected for the player by Nordsjaelland.

Arsenal and Liverpool are also interested in adding the player to their ranks. The Gunners are confident that having Norwegian midfielder Martin Odegaard will boost their chances of acquiring the youngster.

However, the player might opt to sign for Liverpool as it is a mouth-watering prospect to play under Jurgen Klopp and compete in the UEFA Champions League.

The Reds are looking to bolster their attacking options with the likes of Roberto Firmino and Mohamed Salah aging. Newly-signed Darwin Nunez has so far failed to impress.

Expectations were high when Manchester City signed Erling Haaland from Borussia Dortmund during the summer transfer window. The 23-year-old has been phenomenal for the Cityzens so far. He has scored 17 goals and provided three assists in 11 games for Pep Guardiola’s side.

Haaland has already bagged three Premier league hat-tricks in only eight games. His achievements during the short stint in England have been stupendous.

The two players who were tipped to compete with Haaland this season were Arsenal striker Gabriel Jesus and Liverpool attacker Darwin Nunez.

The Gunners capitalized on the opportunity to sign Jesus after City acquired Haaland. The Brazilian has been phenomenal for Mikel Arteta’s team so far this campaign. He has scored five goals and provided three assists in nine games for the league leaders. However, on an individual level, Haaland has been head and shoulders above.

Darwin Nunez, meanwhile, was signed by the Reds for a hefty £64 million from Benfica. The player is yet to impress his new fans, managing only two goals and one assist from seven games.