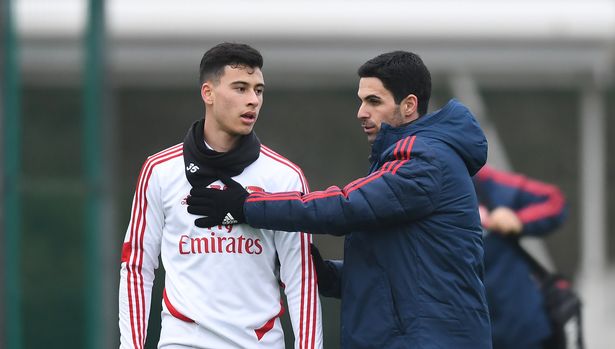 Arsenal forward Gabriel Martinelli could be a ‘massive weapon’ for Mikel Arteta this season, according to journalist Paul Brown.

The 21-year-old has made an impressive start to the current campaign after cementing his place in the starting eleven and appears to be going from strength to strength at this moment in time.

What is the latest news involving Martinelli?

Martinelli arrived at Arsenal via a £6 million deal from Ituano back in 2019 when he was still a teenager and initially struggled to break into the side.

The Brazil international also suffered from a string of injuries that stunted his progress in north London, but he has enjoyed an outstanding 2022, showcasing his truly top-class potential on a regular basis. 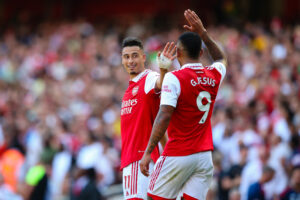 Last term, Martinelli registered six goals and seven assists in 36 appearances across all competitions, and he is already on track to better that output.

In just seven outings in the opening weeks of 2022/23, the South American star has already found the back of the net on three occasions, helping Arsenal climb to the top of the Premier League table.

Maintaining this level of performance will be the next step in Martinelli’s development as he looks to become one of football’s leading stars.

What has Brown said about Martinelli?

Brown believes that Martinelli is a ‘really dangerous player’ and could play a key role for Arsenal in the remainder of this season.

He told Gunners247: “His head doesn’t go down either, you don’t really see him drop in games. There were times last season when he faded after a really bright starts in matches, but I think that was more of a fitness issue than anything else.

“I think when he’s confident and firing, he’s a really dangerous player and could be a massive weapon for Arsenal this season.”

How important is Martinelli to Arsenal?

Martinelli, who earns £90,000-per-week, has become an instrumental figure for Arsenal, and his underlying numbers are evidence of that.

As per WhoScored, the youngster has averaged 3.3 shots, 2.3 key passes, two dribbles and one cross per Premier League game this term, placing him in the top three for each metric when compared to his teammates.

With Martinelli now adding an end product to his game, Arsenal could have a potential world-class player on their books for many years to come.

Arteta is building an exciting, young side and Martinelli is one of the outstanding members of the capital club’s setup.