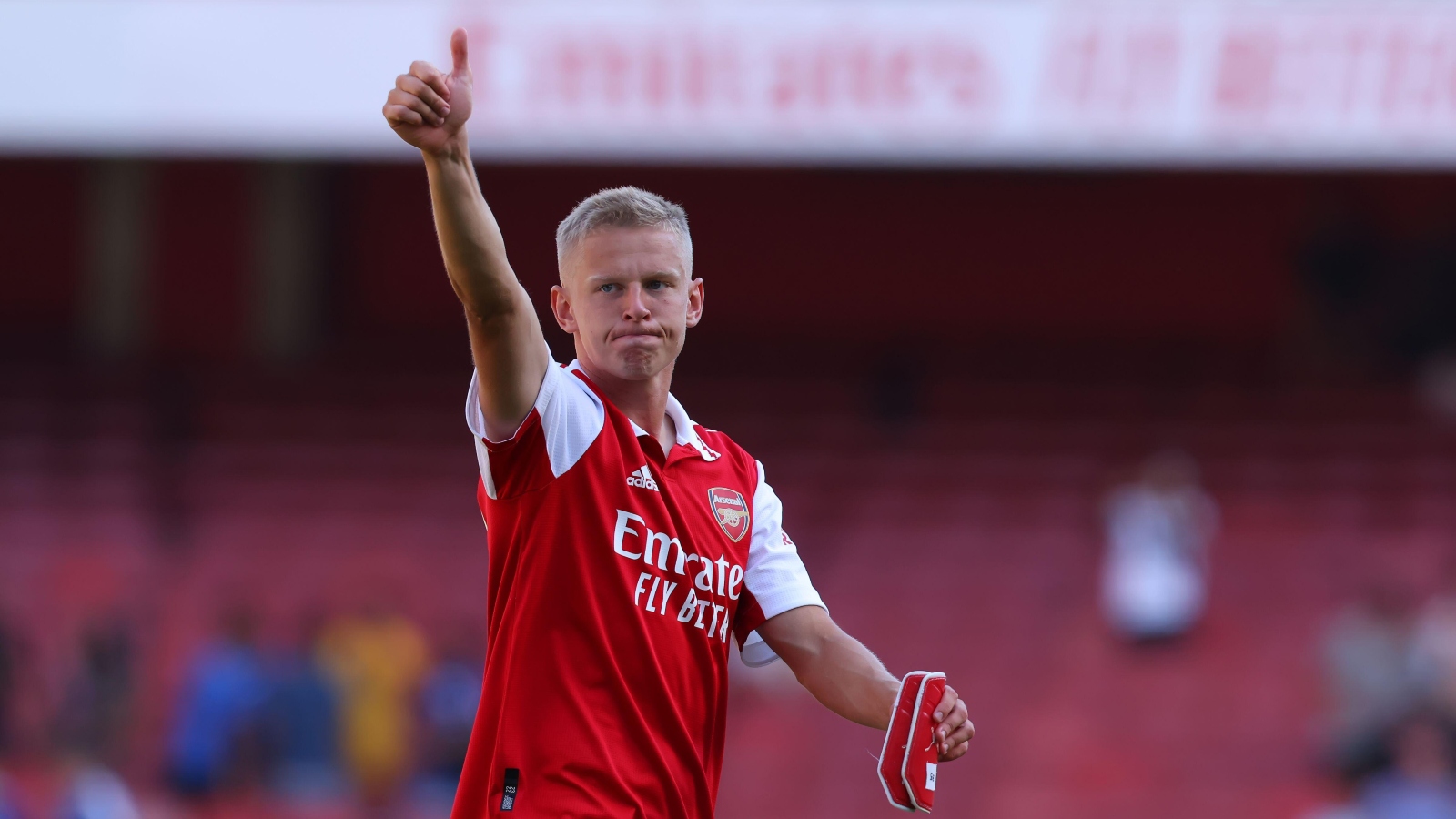 Arsenal signing Oleksandr Zinchenko is “desperate” to play in midfield at the Emirates, according to journalist Dean Jones.

The 25-year-old has been used as a left-back at his new club, but Jones says he wants some game time in midfield and the Gunners are not against it.

How many games has Zinchenko played at left-back this season?

According to Transfermarkt, in the five fixtures he has featured in so far for Arsenal, Zinchenko has been deployed on the left side of their defence on every occasion.

The Ukrainian joined the north London club from Manchester City during the summer transfer window, arriving in a £30m deal as he looked for more game time.

At the Emirates, he is indeed getting that, with the former City star no longer having to compete with Joao Cancelo.

However, it appears that Zinchenko wants some of his minutes to come in midfield.

What has Jones said about Zinchenko and Arsenal?

Jones has told GUNNERS247 that Zinchenko is eager to play in midfield at Arsenal after struggling to get game time there during his time at the Etihad.

Speaking to the media, the journalist said: “I think that they have no problems with using Zinchenko in that role. He’s desperate for the opportunity to play there. We know that in his latter days at Man City, he was pushing for a midfield role permanently and just wasn’t going to get it.”

Will Zinchenko get minutes in midfield at the Emirates this season?

It is certainly a possibility. He has played there for City, while it is proving to be a bit of a problem area for Mikel Arteta right now.

The Spaniard has been without Thomas Partey and Mohamed Elneny due to injury, so perhaps Zinchenko will get a run in the middle of the park soon. The former, though, has now returned to full training.

In terms of what he would bring, Zinchenko is someone who is quite tidy and neat on the ball. As per FBref, the Ukraine international has ranked in the 98th percentile for pass completion among full-backs over the last year.

“He’s a perfectionist and a really demanding boy, I know him so well, and after that he brings qualities that we didn’t have in the squad,” Arteta told Arsenal’s official club website (via GOAL) following Zinchenko’s arrival.

“He gives us a different option to play within the role in different spaces, and I’m really happy to have him.”

Considering all of the above, you would expect Zinchenko to play in midfield at some stage this season.

Arsenal receive a huge injury boost before they take on Brentford: Will he be fit enough to start?