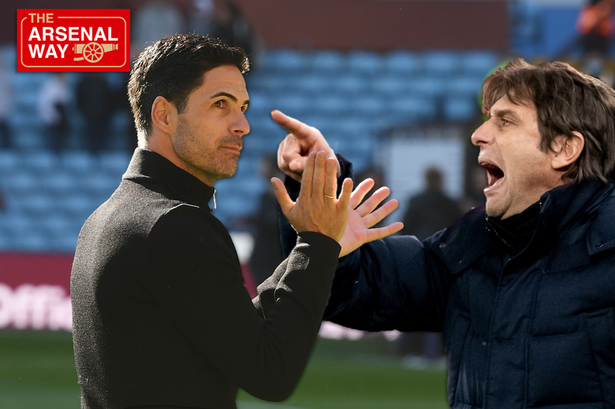 Tottenham boss Antonio Conte has joked that he skipped to the end of the Arsenal “All or Nothing” finale to see his side finish above their rivals last season. It comes ahead of this weekend’s North London Derby, where the two sides look to renew hostilities again for the new Premier League season.

The Gunners go into it in fine form, sitting top of the Premier League with six wins from their opening seven games. Their one defeat came to Manchester United, with Spurs eyeing a potential repeat of their feat in which they caused Mikel Arteta’s men problems in transition.

ALSO READ:  The exact dates Arsenal vs Man City could be rearranged for as Premier League decision awaits

As for Tottenham, they have also got off to an ideal start, yet to taste defeat in the league with five wins and two draws so far. While the performances are yet to hit top gear, the results have kept them in the mix and could see them leapfrog their opponents with victory on Saturday.

Last season’s double header saw each team take a win at their home ground, but the latter victory for Spurs ended up being crucial in their run to the top four. Conte ended up securing Champions League football for his side, while Arteta had to settle for Europa League.

A lot of the Gunners’ season was documented on the Amazon special “Arsenal: All or Nothing”, which is a series that goes behind the scenes at a football club. When asked if he’d seen it, the Tottenham boss replied: “To be honest I didn’t finish watching it but for sure in the future I will finish this documentary.

“I did the same with Tottenham, Manchester City and Juventus because I’m really curious to understand the way to manage the situation for the coach. I think it was really, really interesting, but Arsenal documentary I started, but didn’t finish but in the future for sure I will finish.

One journalist suggested he’d like the ending – given his side finished above their rivals. To which he joked: “I watched that episode, yeah [laughs].”

It remains to be seen how this episode of the rivalry will end as both teams face off on Saturday afternoon, with plenty on the line in this early season meeting.