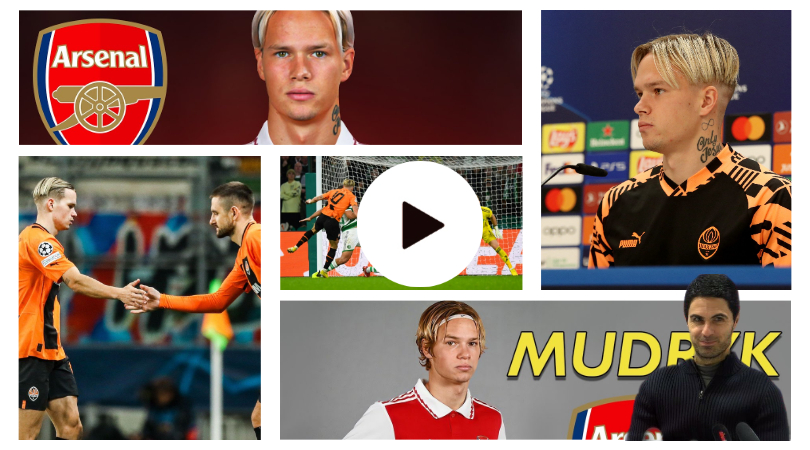 Shakhtar Donetsk players have disclosed that they expect their teammate Mykhaylo Mudryk to join Arsenal next month.

Mykhaylo Mudryk remains top target for Mikel Arteta and Edu as they search for a winger and another striker ahead of the second half of the season.

The Ukrainian, who turns 22 years old in January, is now widely expected to leave Donetsk in the next transfer window as the Gunners are ready to submit a bid for him.

However, his teammates are confident that despite interest from other clubs, Mykhaylo Mudryk will join Arsenal.

“I like that he is focused only on himself, his and the team’s game,” goalkeeper Anatoliy Trubin said.

“Fans don’t really see that much. No one sees what he is doing away from the football field.

“All these transfer rumours affect him only in a positive way, because he enjoys what he does. And, in the team, we can tell him; ‘well, you’re already at Arsenal, let’s all go!’”

Meanwhile, the Shakhtar Donetsk chief has made it clear that the player is available but the Gunners must be ready to meet his asking price.