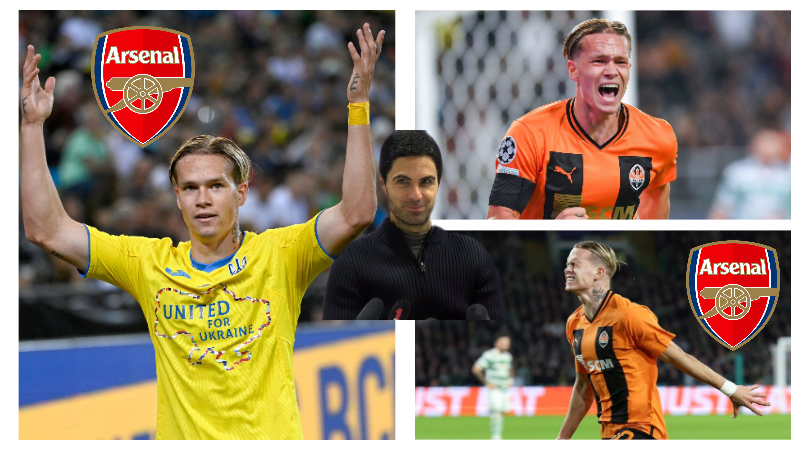 Shakhtar Donetsk attacker Mykhaylo Mudryk will not attempt to force through a move to Arsenal next month.

Talks have already been opened between Arsenal and Shakhtar with a view to negotiating a deal to sign Mudryk before the end of the January window, says the London Evening Standard.

The player himself is believed to be interested in the idea of joining the Gunners but there is no indication that he will kick up a fuss to force through a transfer if the two clubs fail to agree financial terms.

Mudryk has previously spoken of his admiration for Arsenal to set tongues wagging over a potential move to north London by revealing earlier this year that he would be open to joining the Premier League leaders if they come calling between now and the end of the season.

“In the winter we will see,” Mudryk told CBS Sports when quizzed on Arsenal’s desire to snap him up. “There’s been a lot of discussions about a transfer and speculation about what clubs want me.

“I think every player dreams of the Premier League. It’s hard to say but Arsenal is a very good team, very good coach. I like the way they play. From my side I can’t say no, but a transfer is not just up to my decision.”