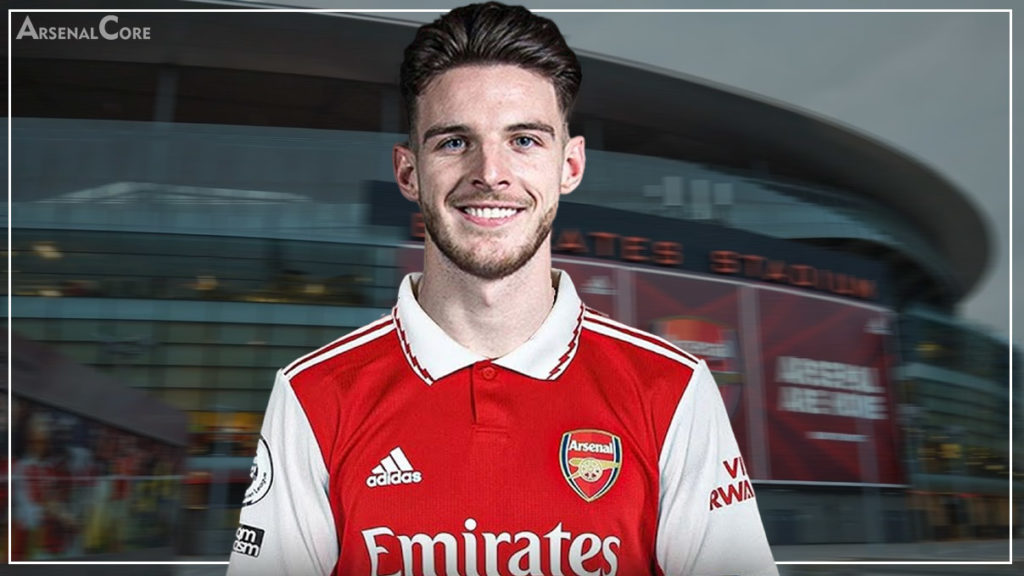 Arsenal have missed out on a couple of key transfer targets in recent weeks, but now the club look to be growing in confidence to land a major target.

Arsenal fans will rightfully want to see investment in the playing squad this month to help fuel a title charge. On top of that though, Arsenal’s recruitment team will already have one eye on the summer, where longer term targets may be more attainable.

Step forward, Declan Rice. We recently reviewed him and how he compares to Thomas Partey to see whether or not he could be the next major midfield signing for Arsenal. Watch our video below.

On Monday evening news broke across the major news outlets that Arsenal were now confident of signing Declan Rice in the summer. Once the season is over he will have just 12 months left on his contract and with Arsenal very likely to be back in the Champions League, it seems they are leading the race to sign him.

The 24-year-old has made it clear that he wants to play Champions League football and with West Ham struggling at the foot of the table and no new contract in sight, it seems certain Rice will move on in the summer.

It’s a significant step to see Arsenal make such a top quality player their number one target for the summer. But fans will want to see more movement this month in order to see this season through. After all, if Arsenal were to fall away completely, then the likes of Rice and other top targets may no longer see the Gunners as such a nice destination.

Despite having just a year left on his contract, Rice would still likely command a fee in the region of £80million and if Chelsea were to get involved in the bidding, who knows what that could climb too.. Let’s hope they don’t manage to salvage a Champions League spot after their poor first half of the season.

SHOCKING! Arsenal Star Man Might Exit The Emirate If This Happens

DEAL ON: Arsenal keen on to agree deal for Rennes 24-year-old star this month