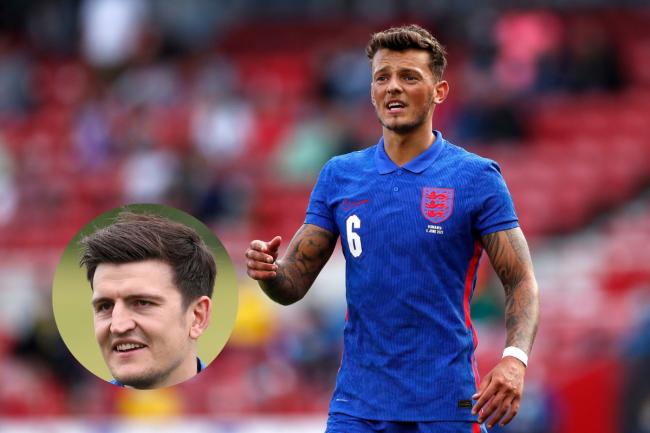 Alan Shearer fears Gareth Southgate would be taking a huge ‘gamble’ were he to include Manchester United skipper Harry Maguire in his World Cup squad.

The Three Lions manager names his 26-man touring party for this month’s tournament in Qatar on Thursday, but the form and fitness of several of his mainstays will be giving him cause for concern.

Southgate will be particularly worried about his defensive options with Maguire, a totemic presence in the side that reached the final of Euro 2020, hardly featuring for United this season.

The 29-year-old turned in catastrophic performances at the start of the campaing during defeats against Brighton and Brentford, while injury has restricted him to just one Premier League start since August.

Maguire, meanwhile, made two high-profile errors in September’s England friendly against Germany and Shearer cannot see how Southgate can justify selecting the once commanding centre-half.

In his place, Shearer has urged Southgate to pick Arsenal’s Ben White who was dropped from the most recent England squad but has excelled this season, albeit in an unfamiliar right-back role.

Shearer told The Athletic: ‘I think the way his defence is shaping up – or rather the opposite – is where he’ll be having trouble sleeping.

‘It’s not just about questionable fitness – it’s about form, too. With Kyle Walker it’s fitness, with Harry Maguire it’s form and a lack of game time – one start in the league for Manchester United since August.

‘It’s form for Eric Dier, Luke Shaw, Trent Alexander-Arnold. Kieran Trippier must be one of the first defenders on the team sheet at the moment, while Ben White is full of belief at Arsenal, but there are some big calls to be made here.

‘There are occasions when you can turn a blind eye to form heading into a tournament; I know that more than most.

Ben White has been in superb form for Arsenal this season

‘I hadn’t scored for England for a couple of years prior to Euro 96 and with really good players like Ian Wright, Les Ferdinand, Andy Cole, Robbie Fowler and Teddy Sheringham jostling for my place, there was a decent argument to leave me out.

‘The counter-argument was the 31 league goals I scored in 35 appearances for Blackburn Rovers.

‘Maguire has barely been playing, while his performance in England’s 3-3 draw with Germany in the Nations League draw back in September hardly inspired confidence.

‘Picking him in your starting XI would represent a huge gamble, but the problem is that Maguire is not an isolated example.

‘There is a wider feeling of rustiness and insecurity. I suspect Gareth will go with three at the back. I wouldn’t; I’d go with four.’